The Playing Fields Trust is a registered charity (No. 1043162). Moulton Parish Council is the custodial trustee of the assets.

The Playing Field is the large area of open space located at the rear of the War Memorial on Main Road and comprises about 4 acres in total.

The Trust, which meets quarterly, has responsibility for “the provision, development and ongoing maintenance of the Playing Field facilities for the children living in the Parish of Moulton on land covenanted for that purpose.”

The Trust’s major project over the last few years has been to provide improvements to the Playing Field. The first phase of work for this project was to provide something for the young people and somewhere for them to meet. The work to install a MUGA (multi-user games area) and teen shelters was completed in summer 2005. Floodlighting was installed in May 2007. New toddler and junior play areas was created and officially opened in March 2008. Outdoor gym equipment was commissioned in early 2014, and new CCTV installed as of April 2015.

The project as a whole has developed over a number of years following suggestions from local people that there was a need to provide residents with amenities that were usable and had a community focus. The only facilities on the site prior to the project starting were a few pieces of old play equipment. There were no facilities for the older teenagers so there were some problems with young people gathering in unsuitable places such as the children’s play area and on street corners. It was clear that local children and young people were severely short of recreational facilities and that the current facility was dilapidated and under used.

Phase 2 of the project to provide new toddler and junior play areas iscomplete and was officially opened on 20 Morch 2008.

The Trust has also improved access to the playing fields and provided seats and bins. In 2019 additional play facilities were installed using S106 monies provided via CWAC from the developer Bovis Homes. Children of the village were consulted in what equipment they would like to see and most of the children’s “wish list” was incorporated into the design.

The Trust aims to provide a safe and modernised park for a range of local people to come together with a sense of community.

If you see any damage or vandalism on the Playing Field, please report the problem to the Parish Clerk using the contact page. 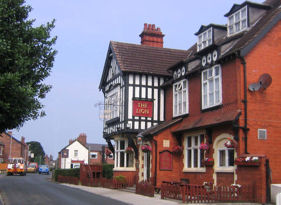